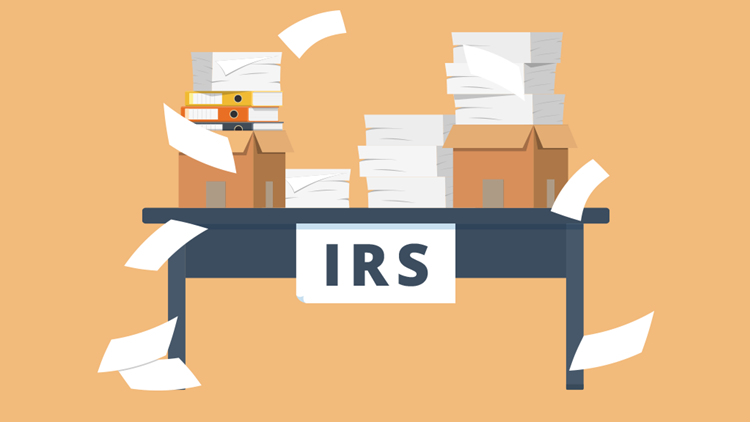 “The most challenging year taxpayers and tax professionals have ever experienced.”

With that short sentence, National Taxpayer Advocate Erin Collins sums up her assessment of the calendar year 2021 and its effect on the Internal Revenue Service.

The assessment comes in the Taxpayers Advocate’s Annual Report to Congress, which details the struggles of last year – and a warning for this year’s tax season.

It was a tough job from the start

Collins says the IRS started 2021 behind the eight-ball, stuck between a lack of personnel due to the pandemic and new legislation meant to help counter the financial challenges brought on by the virus that relied on the IRS for implementation.

The report says the IRS suffered the loss of 17% of its workforce in 2021, while its work load increased by nearly 20%.

Collins’ report says the message from the data is clear: 2021 had “no shortage of taxpayer problems.”

The IRS is still processing backlogs

“While my report focuses primarily on the problems of 2021, I am deeply concerned about the upcoming filing season,” Collins noted in the report. “Paper is the IRS’s Kryptonite, and the agency is still buried in it.”

Add to all that another estimated 5 million pieces of taxpayer correspondence, some of which dates back to April and shows many taxpayers still waiting for refunds – nine months later.

Typically, e-filed returns are processed much quicker than paper ones, but the report found that millions of e-filed returns were suspended during processing because discrepancies were found between the amount claimed on the returns and amounts on IRS records.

Most of these revolved around the Recovery Rebate Credit (RRC) claims by taxpayers who didn’t get some or all of the economic impact payments the previous year. These returns had to be manually reviewed. As a result, more than 11 million math error notices were issued to taxpayers for such RRC discrepancies.

When 2021’s tax deadline of May 17 dawned, the IRS still held more than 35 million tax returns so they could be reviewed by IRS staffers. About half were unprocessed paper returns; the other half were e-filed returns that were suspended during processing. Both instances created large delays for taxpayer refunds.

“Refund delays have a disproportionate impact on low-income taxpayers,” the report says. “Earned Income Tax Credit (EITC) benefits are worth up to $6,660, Child Tax Credit benefits [were] worth up to $2,000 per qualifying child under tax year 2020 rules, and RRCs are potentially worth several thousand dollars for families who did not receive some or all of their EIPs. Millions of taxpayers rely on the benefits from these programs to pay their basic living expenses, and when refunds are substantially delayed, the financial impact can range from mild inconvenience to severe financial hardship.”

Collins worries that the number of returns that are suspended or require manual processing could be high in 2022 as well. Recent legislation that authorized two advance credits could mean even more discrepancies between what is claimed on returns and what shows in the IRS records.

Increasing that risk, Congress also authorized a third round of economic impact payments that can be claimed as a credit by taxpayers who didn’t get the EIPs. Monthly payments of the Advance Child Tax Credit were also added to the mix in 2021.

All these payments have to be reconciled when the recipients file their 2021 returns this tax season. Despite IRS efforts to head off problems, the risk of discrepancies – and math error notices generated by them – remains high.

While a number of problems were noted by the report to Congress, Collins found some had widespread effects on IRS operations:

The National Taxpayer Advocate also has some recommendations for Congress. On their tax to-do list: